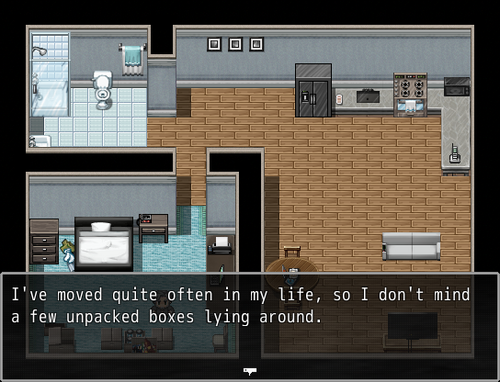 For the first time in years I thought about this game, and decided to boot it up, which lead to opening up the editor to change a few things.

The map was a few tiles away from fitting completely on one screen, so I tightened up the map. As originally mentioned on the game's page, I wasn't satisfied with the original ending to this jam game. While I haven't overhauled it here, I did cut and modify some of the ending text, which I felt improved it. And a few dialogue choices were remixed to reinforce their meaning.

This devlog thing is pretty neat.

A short introspective game about the relationship between two people